Five teams, consisting of 24 players on each team, played a round robin format to determine the winning team. The format was a bit unusual, with games to 11 points or 11 minutes, whichever came first.

LPA member Bob Barry also competed, but not on the Litchfield team. Everybody had fun meeting and playing with new people!

LPA members won medals at Volley in the Valley tournament

Mixed doubles was on Sunday. In the 3.0 division, Margaret and Gene Berg won gold in a field of eight teams. Then in the 3.5 and up category, Peggy Keeney and Tom Raiche earned bronze, also with eight teams. 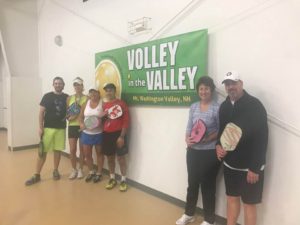 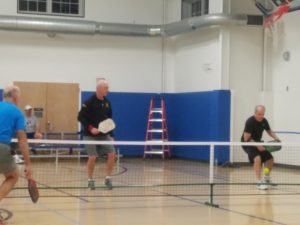 Mark Duckworth is taking on the job of LPA webmaster. Thank you to Bob Welch for initially creating the website and maintaining it for the last few years. Please contact Mark at litchfieldpickleball.webmaster@gmail.com with any questions or suggestions about the website.