Rocky Clark, the Area Ambassador for USAPA, asked me to outline the steps we’ve taken over the past four years to start and manage the Litchfield Pickleball Association. Members may be interested at what goes on behind the curtain.

I’ve disabled comments on the post but you can send me an email if you have comments or needed edits. Putting together a multi-page PDF document is no small effort, so I don’t anticipate making any edits [unless I’ve made a truly horrible error!]. And yes, I realize there are a few typos in the spreadsheets!

Here is the link; it will open on a separate page Starting and Managing a Pickleball Club

Photo B – In bounds

Photo A – Out of Bounds

Note that this rule is different than the rule for tennis. A tennis ball can flatten out when

it hits, if any part of the tennis ball touches the line, it is called good.

Please also remember to be generous with your calls, if it is close and you are not sure just play it. 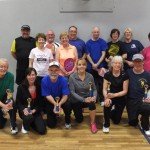 The Player & The Winners 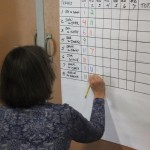 Other images from the < 60 Tournament 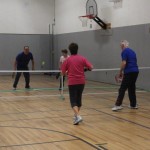 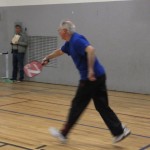 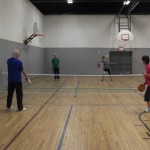 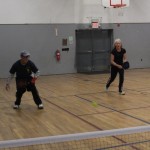 Everybody enjoyed the two tournaments. Should we do it again?

This is a tip that I picked up from Space Coast Pickleball Newsletter. I thought you might be interested.

The dink is one of the most effective shots in pickleball. The main purpose of the dink is to keep your opponents from gaining or keeping an offensive advantage. The dink is a soft shot that is hit just hard enough to clear the net, but not so hard as to allow your opponent to aggressively volley the ball (volley means to hit the ball before it bounces).

If you don’t have a chance at a strong offensive shot, then chances are good that the best shot selection is the dink. That is especially true if both of your opponents are at the net (at the no-volley line, which is the strongest position in pickleball). If one of your opponents is back at the baseline, don’t use a dink in that situation unless you are pretty sure that he won’t be able to get to the ball. A dink in that situation will just bring your opponent up to the net, which is where he wants to be. If he is at the baseline, keep him on the defense with a deep shot hit with pace.

The keys to effective dink play are patience and precision. It takes patience to keep dinking and to resist the urge to try to create an offensive shot when none is available. Move your opponents around with a variety of shot placements including a cross-court shot at an angle. You want to maneuver the opponents enough to where they make the first mistake, either by hitting the net or hitting it high enough to give you an offensive shot. It takes precision on your part to not make that first mistake. That takes practice to hit the ball with just the right amount of touch. Practice, Practice, Practice, the dink while you are warming up.

If you have a more consistent dink then your opponent and you use it, you will be at a large advantage in a rally.

The >60 tournament will be held next Saturday, April 12th.

Here are some photos of our first tournament: click photo to enlarge to full size 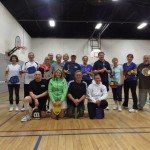 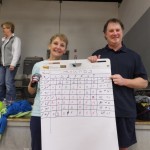 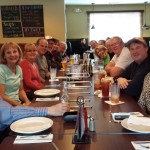 Here are all the images. Click to enlarge each photo 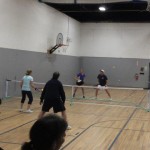 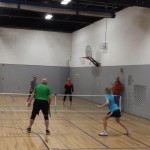 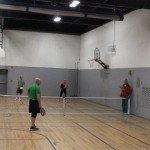 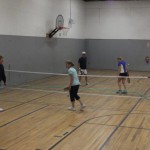 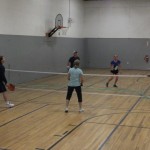 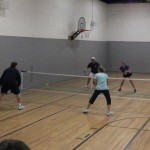 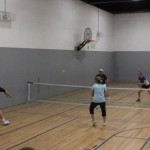 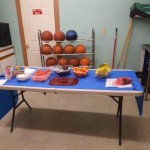 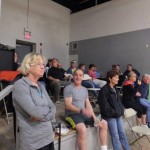 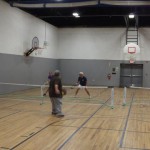 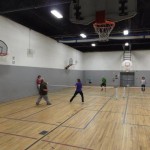 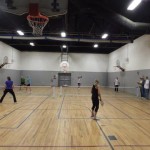 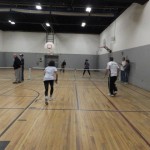 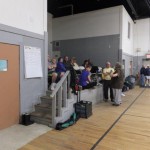 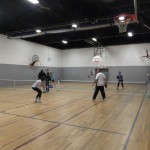 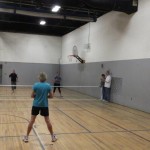 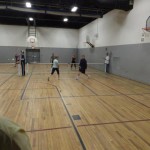 Here’s how for the first time LPA user. Only LPA members may signup for sessions.

If any of this doesn’t work for you, email Bob Welch and I’ll help you.

Once you do this a few times, it should take you less than 30 seconds to sign up after you land on our website. It sure beats receiving multiple emails!

By the end of April, we won’t be using emails to determine interest. If a session receives less than 4 signups, someone will send you an email cancelling the session. If 12 people sign up and you show up without having signed in for that session, you won’t be allowed to play unless the group consensus is to admit you for that session.

The days of having 16-18 people in a session will be over!

The new SUG signup page shows the next 7 days of pickleball schedules- with any changed times displayed. Users can now use this website to signup for upcoming sessions just by clicking a signup link. The website also displays timely notices affecting LPA members.

Try it out and use the website to schedule all your sessions. By the end of April, we will no longer use email to measure interest in a particular session- the signup page will show who is signed up for a particular session. If a session is fully subscribed, no more signups for that session will be allowed. If a session is ‘overcrowded’,i.e., more than 12 players, then only players who are signed up will be allowed to play. We will no longer allow sessions with > 12 players, so our long-running overcrowding problem should be eliminated.

No pickleball for the 6 PM session only.